Despite the fact that we are going to the US for a year, and have before as well, there is nothing about this that is unplanned or that hasnt gone through enormous amounts of thoughts. In a couple of blogs posts, I want to go through some of the issues you will come across -and hopefully this will make it easier for you to make this choice as well.

If option one is true for you, it is a bit more complicated and time consuming – this was my situation the first time I went, in 2011. I had not idea where to go, I just knew that I wanted to spend a year in the US – anywhere! I had no contacts though and no real plan. Just a wish to go. At that time, in 2010, I reached out to a friend and colleague in the US who I had met at a number of conferences and that I knew had a lot of knowledge about my field, and asked her for advise – I simply told her what I was looking for and asked her what would she recommend. At that time, she sent me a list of 10-15 schools around the US that were all working on interdisciplinary fisheries issues and that had great programs, which was precisely what I needed to narrow my search down. Though this list definitely narrowed it down dramatically, it still made it a blind search since I had no contacts in any of those institutes (or any contacts at all really, since I was very junior as a Post Doc). 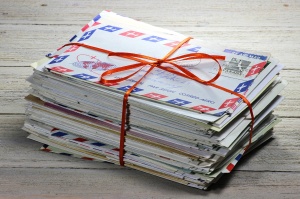 I actually sent emails to every single one of those institutes on the list, telling them about myself and that I really wanted to come spend a year at their institute and learn from them and work with them – and would they be interested in having me? I felt very vulnerable and naked doing this, but putting yourself out there is really the only thing to do – unless you are fortunate enough to have an advisor who has specific contacts that just take you in. I did not. I was on my own. And it was ok.

In my case, I only heard back from two groups on the list. Both from the same university. Both equally excited about having me. Its quite amazing thinking back on it now – since these two groups still are part of my close network of contacts and I work with them on project proposals almost every year, and I meet the people on conferences still and at least for me – it feels like this University shaped my career. This was the Bren School at the University of California at Santa Barbara.

If option two is true to you, then you are where I was this year – and it makes it substantially easier in terms of the “where”. This time, I was no longer junior, and I was not uncertain. Nor did I do any blind searches. I considered a few options – and in all of these, the topic was straight on, and I knew I had good colleagues there that would love to sponsor me. In the end, it was a no-brainer for me in terms of choice. I had worked closely with one of my colleagues from the International Studies Association conferences – Associate Professor Elizabeth Nyman – for a few years already, and we had great chemistry and produced great work in terms of project proposals and presentations and published articles. She works at Texas A&M University at Galveston – which is a university with a great reputation and that works interdisciplinary, and that has the same focus as I do in terms of the marine sphere and institutions and global governance. Dr. Nyman also coordinates the Maritime Studies program at Texas A&M and as such, this was the perfect place for me. 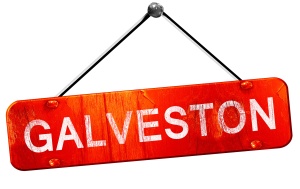 What a great day for work with #stakeholders on th

I am at an actual honest to God airport - my first

Explorer my owm city of #trondeim and some awesome

Wandering in Norway is not complete without #kvikk

Hiking with my friends, wandering the Norwegian wi

Covid-19 is taken seriously at my gym @3ttrening -

And so it begins - my oldest child starts his BA i

Catching up on reviewing articles at a cafe on a S

Working from the cutest coffee shop in town and me

Back in Trondheim - prepping for an actual trip to

Wandering around Northern Norway in an electric ve

Vacationing in Norway in tents and cabins and rest

On a hike this weekend while staying at the @dntos

Reviewing articles in the park on these hot summer

When its just too hot to work inside(yes - I know