Because – despite all my researcher and all my form-filling and all the signatures and letters, there was ONE form I had missed – the one that would ACTUALLY give me tax exemption while I was in the US – a signed confirmation on an NTNU (University) form that stated precisely the dates for when I left and when I returned, signed by me and my Department head. This form was needed by the University Payroll services, preferably before the end of 2011, so that THEY in turn could ensure that the Tax Authorities received the correct “Lønns- og trekk oppgave” from my employer, namely 113A/149A, which de facto would ensure that I would not have such a hefty and scary tax return as the one I actually received.

Åslaug Berre at payroll at NTNU was great, however, and sent me the form immediately and is going to send in the appropriate change-form to the tax authorities today, so that this can be all cleared up asap. However, 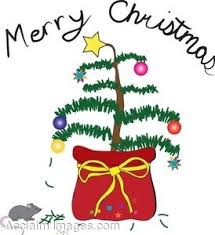 what is critical right now, is that tax-authorities are saying I have to turn in an official complaint form (done) and it will take 3 months before I get an answer – and in the mean time, I will have to pay my USD10 000 bill – just in time for Christmas.

So – whose fault is this? Quite frankly – beaureaucracy is at fault here – and the inconsistency in and actual lack of information that says point by point what a researcher fromNorway wanting to take a year in the US needs to do for this to run smoothly…

Hopefully this blog will help others!

The Once and Future Treaty – newest published article

Forgot how practical whiteboards can be #homeoffic

There are worse places to be stuck in a pandemic t

Suddenly winter again on my way to my slow transit

With restrictions easing, we are allowed to visit